1. The first is linked to my current professional role working with individuals with an Autistic Spectrum Conditions (ASC) and Asperger Syndrome (AS).

For the first aspect, much of my current involvement focuses on the impact and educational purposes of Drama with young adults on the Autistic Spectrum Conditions. The work has been conducted in association with the Institute of Education (IOE), and has been funded by the Economic Social Research Council (ESRC).

Other projects have included a qualitative phenomenological approach to the investigation of retirement and career transitions in elite performers. This was the main topic of my PhD (2007).

I am an Associate Editor for Psychological Thought: http://psyct.psychopen.eu/about and supporting the Editorial Team for Psychreg Journal of Psychology publications: http://www.pjp.psychreg.org/editorial-board/

The topic of my PhD covered a range of issues, seeking to explore and explain the Retirement Experience of Ballet Dancers. The thesis is based on the assumption that ballet dancers who highly identify themselves with their role will encounter greater difficulties in transferring to alternative roles. Furthermore, it aims to better understand the different factors accounting for either a positive or problematic transition drawing upon existing life span (Erikson, 1963; Levinson et al. 1982) and transition models (Schlossberg, 1981; Hopson & Adams, 1977).

Through IPA and Grounded Theory, hermeneutic data analysed semi-structured interviews from 14 international ballet dancers. A theoretical Model, described and applied to the findings illustrates theoretical utility. The four main themes that emerged from the analysis were: ‘Reasons for Retirement’, ‘Sources and Types of Support’, ‘Coping Within & Without’, and ‘Floating Resolutions: The Sequels’.

The role of the Dancer’s Identity influenced the way participants experienced the transition, during the decision making process and during the coping stages of retirement. The outcomes were characterised by some ex-ballet dancers engaging with similar professions to the dancing career as ‘re-makers’, and others leaping into different roles as ‘exposers’ (Munton & West, 1995). These have implications for future career development and career counselling.

Through the National Autistic Society (NAS) collaborations have taken place with: 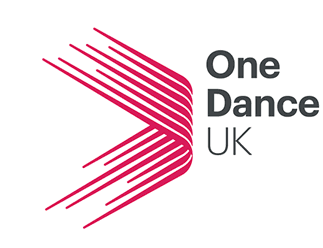